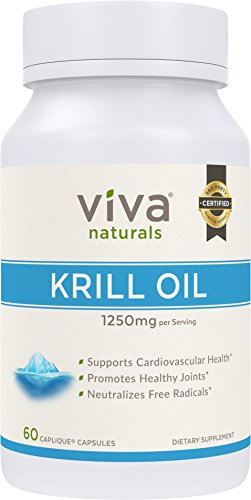 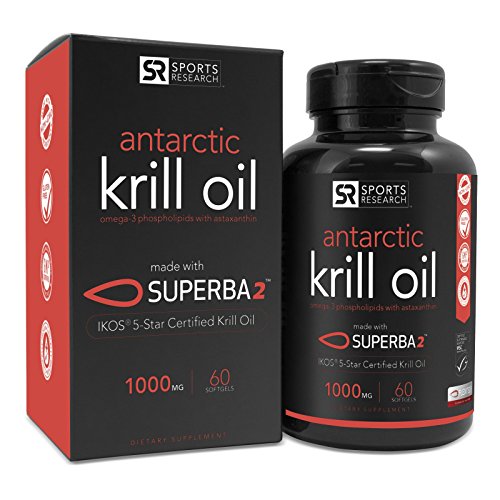 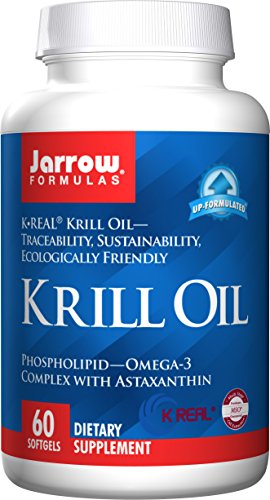 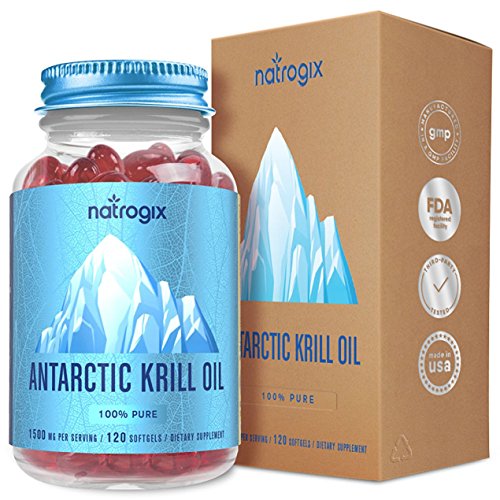 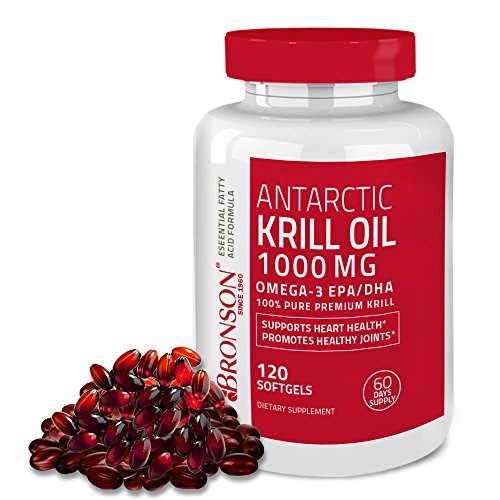 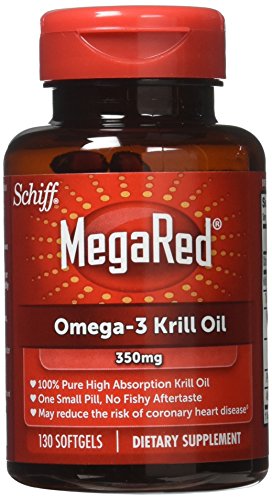 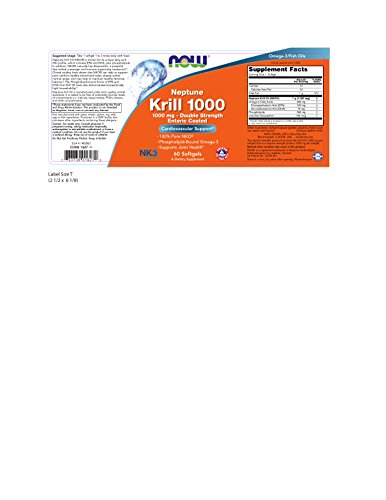 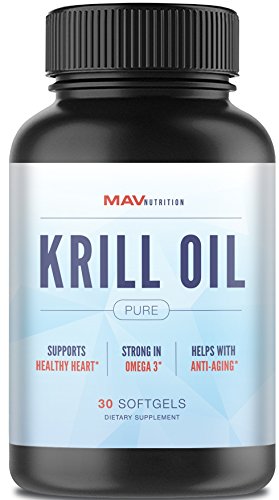 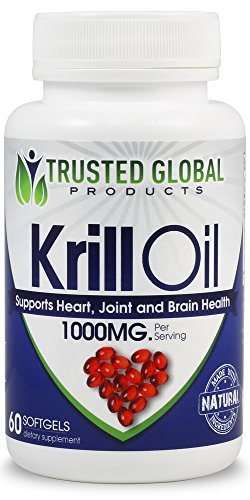 The health benefits of krill oil are becoming increasingly more publicized. There have been some experts that have recommended krill oil over fish oil; however, until recently, there has not been enough scientific data to back up their claims that krill oil is a higher quality source of omega-3 fatty acids. The vast majority of the studies that are emerging now are confirming that krill oil has the nutritional value of both the astaxanthin and phospholipids and is a better option than fish oil. This is due to astaxanthin working to protect the perishable fats as well as the existence of phospholipids, which work to increase the absorption of the fats within the oil.

Krill oil is from the largest biomass in the world, and it is rich in omega-3 fatty acids. This biomass is known as Antarctic Krill or Euphausia Superba. There are three primary ingredients present in krill oil that provides all of its health benefits: phospholipids of omega-3, triglycerides of omega-3 and Astaxanthin — an extremely powerful antioxidant.

As more studies begin to emerge, we are learning that krill oil has multitudinous benefits to its credit. At current, there are more than a dozen proven health benefits associated with krill oil consumption

Inflammatory arthritis can be extremely painful and debilitating. Krill has been proven to be highly effective in reducing and eliminating inflammatory arthritis. The American College of Nutrition revealed published the results of a study in which patients suffering from inflammatory arthritis were administered 300mg of krill oil per day. Omega-3 fatty acids play a significant role in decreasing inflammation. Their result was that there was a noticeable reduction in the magnitude of the inflammation, allowing greater mobility and comfort. This also resulted in a reduction in the amount of painkillers that the subjects had to take to manage their pain.

There are some omega-3 fats — particularly DHA — that are critical for the proper function of the nervous system, especially when it comes to your brain. DHA is converted into substances known as neuroprotectins. It is a shortage of these neuroprotectins that is associated with the onset of Alzheimer’s disease. Approximately two-thirds of your brain tissue is made up of fats. Myelin, which is the protective covering that covers your neurons, is composed of more than 70 percent fat. It is important to note that these fats are not only important for adults but children as well. These fatty acids are just as important for the cognitive development of the brain in infants and children. Krill oil provides these omega-3 fatty acids in abundance and at a high quality.

Research has surfaced providing proof that the omega-3 fatty acids contained in krill oil are vital in improving cognition, memory, mood and behavior. This is great news for those who are dealing with cognitive decline. It is important to note that this works best as a preventative measure.

Another powerful benefit of krill oil is the relief it provides from many of the symptoms that women experience during their menstrual cycle. Not only does it help to alleviate many of the uncomfortable symptoms that are common with a woman menstruation, but it allows sufferers to reduce the number of pills and other medications that are taken to provide relief of these symptoms by as much as 50 percent. Krill oil for weight loss is being shown to speed up one’s metabolism and aid in digestion.

With skin care becoming a multi-billion dollar industry over the last decade, there is no secret that people are becoming increasingly concerned about their skin health. As news breaks concerning some of the chemicals that are being placed in these skin care agents, more people are beginning to look for more natural and healthy means to take care of their skin. The omega-3 fatty acids in krill oil have the capacity to cure skin conditions such as eczema at a more effective and efficient rate that fish oils. Antioxidants are responsible for helping the skin reduce wrinkles and the appearance of fine lines, improve the skin’s elasticity and help the skin appear younger by reversing the aging effects of free radicals on the skin. When taking krill oil, the skin gains a healthier tone, and the signs of aging are reduced drastically.

For many people, diminishing eye health is considered a normal part of the aging process. It actually may be more related to nutritional deficiencies. There are a number of studies that reveal that certain vitamins and nutrients can help improve eye health significantly. The Astaxanthin that is present in krill oil helps to protect the eye from the harmful rays of UV light. The combination of astaxanthin and phospholipids also so work to improve the overall health of the eye.

If there is one area in which the overall health of an individual can be most impacted, it would be in the area of blood sugar regulation. The failure to properly manage blood sugar levels can lead to situations such as insulin resistance, metabolic dysfunctionality and more. When the sugar levels in the blood are too high, it causes the pancreas to over produce insulin. This creates insulin spikes in the blood. These insulin spikes can make your body less responsive to insulin over time — leading to diabetes. Insulin spikes can also lead to the failure of the body to properly access fat cells to burn stored fat as energy.

Krill oil has been proven to effectively naturally reduce elevated glucose (sugar) in the blood. The astaxanthin in the krill oil also helps to reduce inflammatory issues in the cardiovascular system. This includes the reduction of inflammation in the brain, cardiovascular system, and joints — subsequently reducing each of the secondary complications associated with elevated sugar levels.

In addition to helping with cholesterol, blood sugar, and arterial inflammation, krill oil plays a major role in heart health in general. Omega-3 deficiencies play a significant role in the development of cardiovascular disease.

In three separate studies released in 2009, it was proven that the deficiencies of omega-3 fat directly contributed to more than 96,000 premature deaths annually. This compared to the estimated 40,000 women who die from breast cancer each year. This makes the implication of a diet rich in omega-3 fatty acids lucidly clear. As more studies emerge concerning krill oil, it reveals that the omega-3 acids in krill oil are of a higher quality than the omega-3 oils contained in fish oil. Krill oil has been proven to be more effective in battling issues with elevated fat levels, metabolic symptoms, and issues with the heart and liver. Please don’t interpret this as an assertion that the omega-3 fatty acids found in fish oils are not effective, it is just that the ones found in krill are more effective.

Slowing down the Aging Process

There is evidence that krill oil has the potential to slow the aging process significantly. In one of the most heralded recent studies to be released concerning krill oil, it was revealed that the omega-3 fat in krill oil is directly responsible for increasing the survival rate and length of survival of patients who are suffering from coronary heart disease. What makes this study even more encouraging is the fact that the correlation with the survival of these patients is the fact that these fats help prevent telomere shortening.

The verdict is in on krill oil, and this oil receives an astounding approval for effectively battling dozens of diseases. The results are overwhelming, and more results are emerging on a regular basis. The IKOS consumer reporting agency has given Viva Labs Krill Oil its best FIVE-out-of–FIVE rating