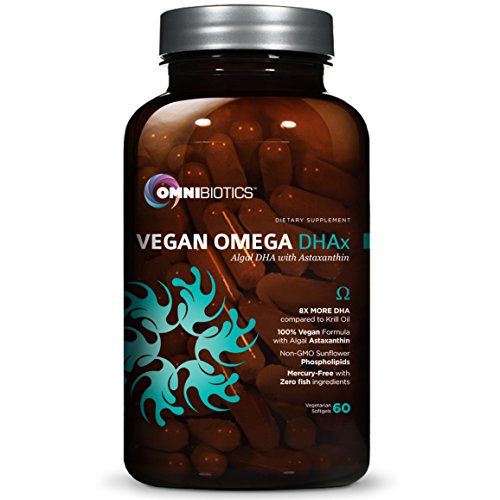 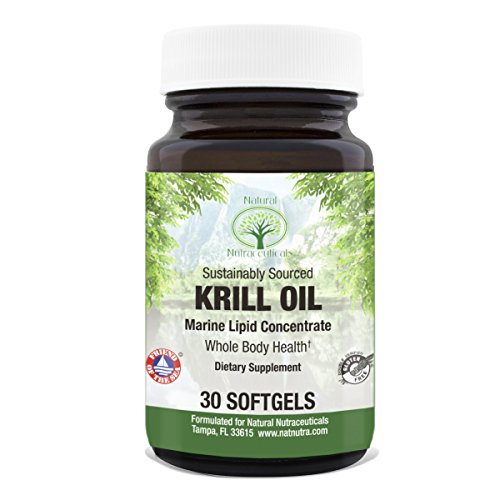 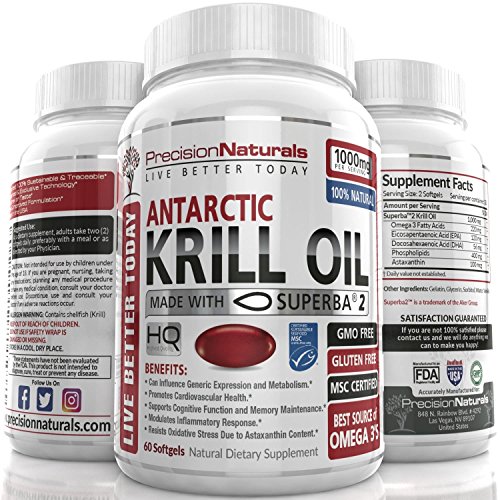 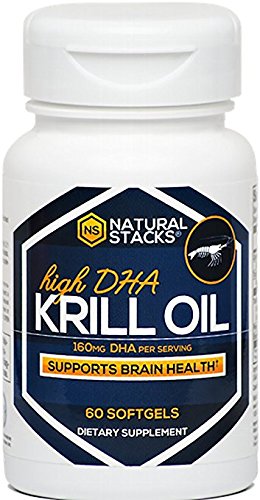 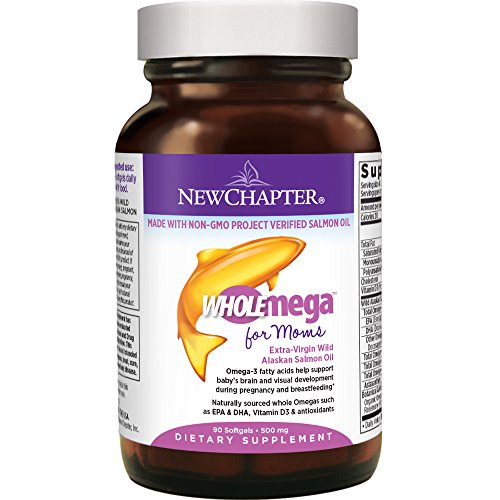 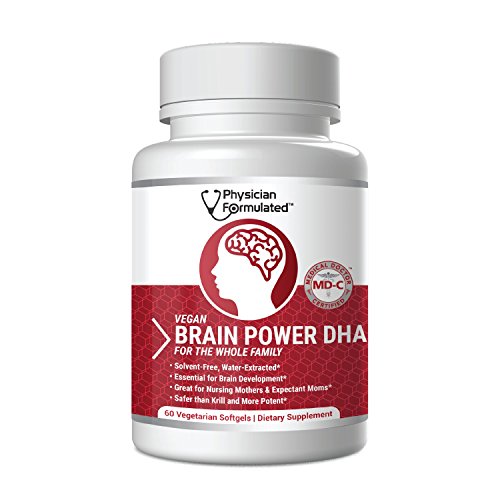 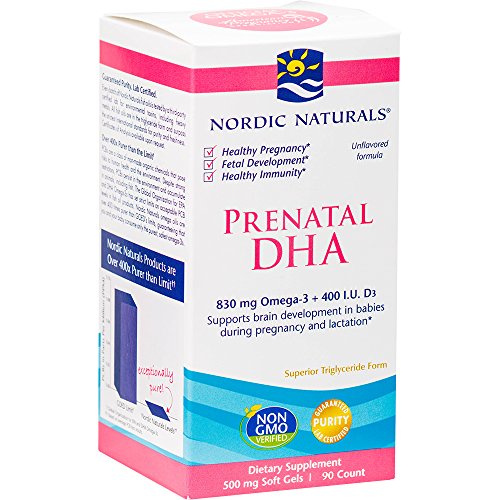 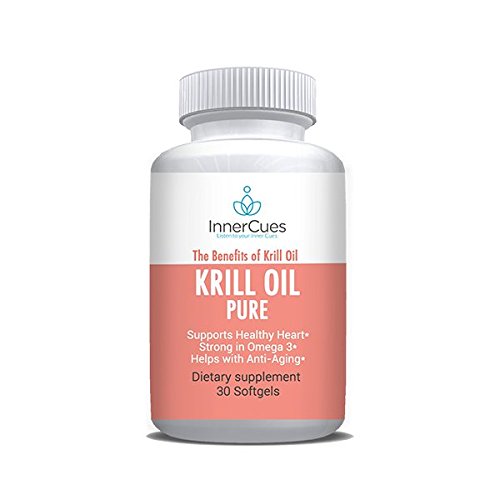 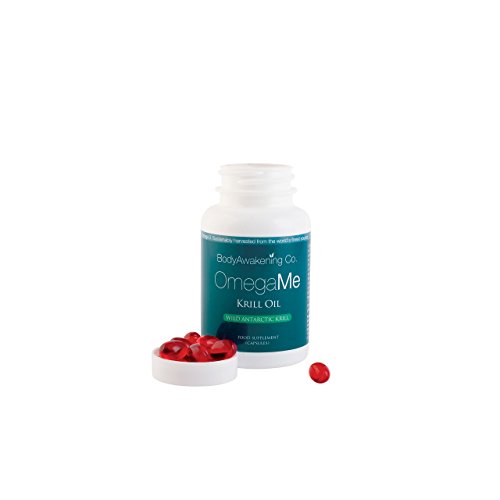 Using Omega-3 supplements like krill oil for pregnancy is a great way to get a needed boost for you and your babies nutrition and aid in their development. When you find out you are pregnant, your body becomes an instant shrine to health. Those cigarettes and alcohol are thrown out the window, leaving you with a clean slate to start healthy habits for your growing child. Your doctor will often prescribe prenatal pills to support your health and immune system during the 40-week period. However, many pregnant women do not get the nutrition they need because of morning sickness or nausea. One particular nutrient, called Omega-3, is critical to pregnancy and baby health. Using Krill oil during Pregnancy has many benefits, allowing you to offer as much immunity to diseases as possible for your developing child.

What Is Krill Oil?

Krill are extremely small sea creatures that resemble shrimp. They are collected by the thousands, much like whales do when they funnel krill through their baleen. Workers extract the oil and transfer it into pill form. Depending on the manufacturer, the oil may be pure in pill form or mixed with other complementing nutrients, such as vitamins. You can discuss your krill oil consumption with your doctor. They may be able to suggest a pill type and dosage amount.

For the best krill oil, look for bottles marked as “Antarctic Krill.” These species, called Euphausia Superba, are much deeper and farther from human contact as possible. As a result, they have less pollution coursing through their bodies. When the oil is extracted, you have the purest form possible for your child. Unfortunately, the ocean is full of contaminants that can harm your fetus, making it critical to find a high-quality krill oil over fish. Consider fish oil vs. krill oil if you are concerned about high levels of contaminants.

Krill oil is high in Omega-3 fatty acids. These nutrients cannot be created by the human body, but are relied on for critical functions. In fact, most people have a high value of Omega-6s in their body, compared to Omega-3s. For example, vegetable oils offer Omega-6s, but people overuse them. As a result, people are deficient in Omega-3s. Neptune Krill Oil is known for its finest profile of fatty acids and valuable super antioxidant content. These fatty acids reduce free radical levels. Free radicals are volatile molecules that damage tissues over time. With these molecules under control, inflammation across the mother’s and baby’s bodies is minimal, allowing natural growth and healing to prevail.

Omega-3s are also known to help the body with healthy behavioral and cognitive functions. The mom has a chance to protect her baby with smart thinking about dangerous situations and possibly spoiled food. Fatty acids also protect against cancer, heart disease, and arthritis. All of these debilitating issues are quickly reduced with consistent krill oil use.

You may have heard about the benefits of fish oil, but it has striking differences with krill oil. Some important facts about krill oil for pregnancy are fish oil breaks down quickly, even with modern extraction techniques. As a result, there aren’t many antioxidants in each pill. In fact, some fish oil manufacturers suggest using separate antioxidant pills to help the fish oil digest safely and completely. It is important to note that you can have side effects from too much fish oil.

Krill oil can hold these key antioxidants during manufacturing. They fight off disease and free radicals, boosting your pregnancy health and protecting the baby. You have more chances of consuming a rancid fish oil pill than a krill oil. To keep up that shrine for the baby, stay away from fish oil during the pregnancy. Krill oil is a better alternative for Omega-3s, especially if you cannot stomach eating fish for any meals. Krill oil for weight loss or cardiovascular health are some of the many reasons krill oil should be a part of your daily supplements.

During pregnancy, you may question everything you put in your body, including krill oil. However, this oil is extremely safe. For example, you hear about mercury levels in fish. In general, large fish have more mercury concentrations compared to small fish. As a result, you must avoid eating too much large fish species in one week. However, that will also limit your Omega-3 intake which influences your health. Krill oil during pregnancy will supply needed omega-3 without the danger of harmful mercury. Because krill are so small, they cannot carry high mercury amounts, making them extremely healthy and full of critical Omega-3s. When their oil is extracted, you harness the fatty acid health powers for you and your child.

Most of what you read on the internet about krill oil is opinionated and produced by companies trying to encourage the use of fish based supplements. The chances of any side effects for krill oil products are extremely low. Krill oil is also tested for harmful microbes under strict regulations set up by the Food And Drug Administration.

Additionally, krill are not found close to shore where pollution is most prevalent. They are found deep in the ocean where baleen whales feed. They are even found in remote areas, such as Antarctica, where pollution is truly negligible. Krill are extremely safe because of their practically pollution-free environment. Oil producers must find krill far out at sea to have a sufficient catch for extraction. Clinically proven Nutrigold Krill Oil Gold 500mg supplements certified as “5-Star” by the International Krill Oil Standards program, are packaged in one of the safest ways that are guaranteed.

Although Omega-3 concentrations are the main benefit for mom, you also benefit from emotional stability. Omega-3s are known to help serotonin levels rise in the brain. With extra serotonin, your mind has a euphoric and relaxed feeling through the central nervous system. You are less inclined to feel depressed, suicidal or panicked. Pregnant women have reported that krill oil helped them maintain a positive mood during pregnancy. This calm feeling benefits mom by making the pregnancy less stressful in the mind. Even labor may be less stressful because of strong serotonin production. The baby feels less stress as well, contributing to a healthy birth.

Nutrition studies have shown that most women do not have an adequate intake of omega-3 fats. For pregnant women, omaga-3  is essential to the proper development of her child’s immune system and even their nervous system. Krill oil plays a major role in heart health in general. Krill oil’s effect on the cardiovascular system helps mom too by fighting off disease. A woman’s body goes through incredible stress during pregnancy and birth, placing a strain on the heart, veins, and arteries. With Omega-3 support, you can have a strong heart system to pull through labor without any major physical side effects. High blood pressure, for example, can be damaging to both mom and baby.

Some of the other important facts of krill oil during pregnancy

Scientists have found that Omega-3 fatty acids are widely concentrated in the brain during development and beyond. With consistent krill oil consumption, you are adding Omega-3s to your baby’s brain. During the last few gestation months, the baby’s brain is taking on more cellular weight as the neurons divide and accumulate into the final brain structure. Although a healthy diet is critical, taking krill oil to increase Omega-3s helps the brain develop even further.

There are so many issues that arise during pregnancy, from mental to physical disorders. Your baby can avoid almost every ailment if you take krill oil. With the ample Omega-3s, the brain develops without any anomalies factoring into the mind. Using this natural pill to thwart a lifetime of disease is an intelligent choice all women should consider.

Premature babies often occur when the child is not developing correctly. Any disease or other issue forces the mother’s body to go into labor, effectively removing the poorly developed child. When you take krill oil, you are bolstering the child’s health well before birth. Because the mother’s body senses a healthy child, prematurity is extremely rare. The body effectively wants to keep the child until full-term.

From another angle, your krill oil intake also prevents certain other diseases. Although ailments are often triggered by both heredity, environment and health, your strong child starts out with a good defense against diabetes, for example. Unless the child has extremely poor eating habits and gains excessive weight, diabetes is usually a disease that isn’t part of their life. A good start in life only encourages future health with krill oil use.

If you decide that krill oil is not for you, Omega-3 fatty acids may remain deficient. Without these critical nutrients, the baby’s brain does not develop with the same efficiency. Krill oil also supplements this necessary nutrient and helps promote the development of cells in the brain, spine, heart blood and more. In general, you’d see potential brain issues, such as nerve and vision problems. The brain needs to create neuron connections during pregnancy. Without the krill oil shoring up the brain’s growth, developmental issues will persist.

Even mom may find labor to be difficult because of her deficient Omega-3s. A strong cardiovascular system is key for healthy labor. Heart issues, including high blood pressure, may persist without fatty acid support. Labor lengthens and could lead to complications requiring a cesarean section. For most births, it is better to deliver naturally for both the baby’s and mother’s health.

Taking On A New Diet

To complement krill oil pill use, try to implement a Mediterranean diet. You’ll naturally bolster your fatty acid intake, along with the oil. Pregnancy is the best time to start this diet, continuing it after the baby is born. This diet provides you with an eclectic food selection. Use olive oil and garlic liberally through recipes. Avoid refined sugars in bread by choosing whole grains. You should also increase vegetable and fruit intake. Although fish is part of the diet, you may want to abstain from fish until the pregnancy is over. The dangers of allergic reaction or contaminated fish are too risky during pregnancy. Substitute fish with lean meats or beans.

Listen to your body when you are pregnant. If certain items give you a nauseated feeling, avoid them. Your body naturally protects the baby with primitive responses. Krill oil pills allow you to consume fatty acids without consuming food you may not feel comfortable with, including salmon or tuna. Krill oil while breastfeeding will raise the DHA levels in your breast milk. DHA  or (docosahexaenoic acid) is a healthy fat that aids in the development of your babies brain and eyes. DHA, if not gotten from supplements like krill oil must be gotten from other sources like fish. We already discovered the dangers of eating fish while pregnant.

Krill oil is one of the best-kept secrets for pregnant women. Its benefits are far-reaching, extending into adulthood. Even mom benefits with a healthier body. You can even continue the krill oil after pregnancy. Omega-3s are important for all life stages. Using krill oil during pregnancy will give you many benefits boosts.